We’re now just over a week away until polling day arrives for this general election.

Each of the major political parties have now published their manifestos. These tell us what these parties want to get done if they have the chance to form the next UK government.

We need to hold on to what we’ve achieved already and keep pushing forward.

Throughout this election campaign, we’ve been urging all parties to commit to protecting and improving LGBT people’s rights. While we’ve made some incredible progress over the past 30 years, we need to hold on to what we’ve achieved already and keep pushing forward.

That’s why we’ve written our own manifesto. We want you to use this to ask questions of candidates in your area about what they will do to support LGBT equality. Whether it’s about tackling rising anti-LGBT hate crime, making health services more inclusive or addressing global inequalities, this manifesto outlines many of the ways we need to move forward to make LGBT equality a reality. This is a powerful way we can keep LGBT equality on the political agenda.

Before you do this, you might want to know what exactly the different parties have said in their manifesto about LGBT equality. To make it easier, we’ve highlighted the relevant sections of each major party’s manifestos below. This outlines where they mention LGBT people, LGBT equality and human rights.

While you’re reading through these, it’s important to remember that these manifestos set out parties’ flagship policies – but just because something’s not included in a party’s manifesto, it doesn’t necessarily mean it won’t be delivered if they’re elected.

And because this election is for a new UK parliament and UK government in Westminster, which will have responsibility for all policies areas relating to England and some relating to Scotland, Wales and Northern Ireland, most parties’ manifestos will focus on England or UK-wide proposals. Stonewall will continue to work with the Scottish parliament and the National Assembly for Wales, and with our partners in Northern Ireland, to achieve our goals – across health, education, trans equality and more – in those nations.

Find out who your local candidates are and ask them where they stand on LGBT equality.

This election is an opportunity for us to decide what kind of country we want to live in. Make your voice heard and #ComeOutVoting on 12 December. 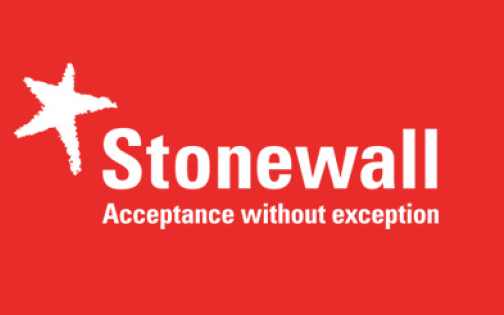