Research tells us that in 2022, the United Kingdom is a country that is proud to be inclusive; one where its people are increasingly embracing their LGBTQ+ neighbours, colleagues, family and friends. However, with intolerant, minority viewpoints being presented as fact in our media and in our politics, it’s never been more important to show up to protect our rights.

As we look back on 50 years of Pride in the UK, we can reflect on how LGBTQ+ acceptance has seen one of the fastest and most dramatic changes in public attitude in post-war Britain.

According to the British Social Attitudes survey in 1987, at the height of the AIDS epidemic and the dawn of Section 28, three-quarters of the public said they felt that a same-sex relationship was either ‘always’ or ‘mostly’ wrong. These attitudes were often fuelled by sensationalist, homophobic reporting in our press.

35 years on, the world has changed, even if the headlines haven’t.

Our research shows that today, the UK public is significantly more likely to take pride in supporting the LGBTQ+ community than it is to find them ‘wrong’. One in three people reported they actively ‘respect’ us, and one in five declared ‘admiration’. Less than one in 20 reported feelings of ‘envy’, ‘resentment’ or ‘fear’. 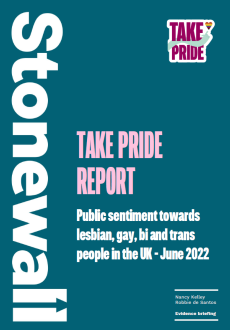 This report adds further colour to the beautiful picture being painted by other pieces of research. YouGov polling shows more than seven in ten Brits would support someone close to them who came out as LGBTQ+, and greater numbers of people now feel comfortable being out as their true selves.

Despite this, the hard-won rights of LGBTQ+ people are under threat. In the digital age of misinformation, we’re facing new, often underhanded, challenges that threaten to weaken the foundations on which we’re building a safer future for all. Through attacks in our politics, online, and in our media, who continue to promote what are now demonstrably minority viewpoints uncontested, the LGBTQ+ community finds itself under a near-constant deluge.

And the real harm is already being felt.

This year, the UK Government reversed its promise to implement a trans-inclusive ban on conversion practices, acting against international medical and human rights consensus, and instead acting on rhetoric. The result is a ban that, in its current guise, will ultimately end up protecting no-one from abuse.

Additionally, the UK Government’s own research has shown that reported LGBTQ+ hate crime has grown at double the rate of other forms of hate crime over the past two years. And with four in five anti-LGBT hate crimes going unreported, these figures are likely only the tip of the iceberg. Words have an impact, and the debates on LGBTQ-inclusive education and trans equality in the media, online, and in the street are creating an environment where an LGBTQ-phobic minority feel emboldened to make us less safe.

And the world is noticing. The Council of Europe approved a report by the Parliamentary Assembly which condemns “extensive and often virulent attacks on the rights of LGBTI people for several years” in the UK. And our country has dropped down ILGA-Europe’s annual ranking of LGBTQ+ rights across Europe for the third year running, plummeting from 1st to 14th since 2015.

None of this is the will of the UK public.

That’s why it’s now more important than ever that we, as a majority movement of people who support LGBTQ+ equality, make our voices heard. We’ve fought and won before, and we can do it again. Over the past 50 years – since the first Pride in London marched against police pushback – we’ve witnessed a host of dramatic changes that have improved countless LGBTQ+ lives. We’ve been fearless in our demand for progress in the face of ongoing anti-LGBTQ+ sentiment. But our work is never done.

Now is the time to act. Together.

As long as LGBTQ-phobia threatens our ability to thrive as our true selves, we must all stand up for LGBTQ+ rights and resist attempts to drive us back into hiding. We’re stronger together, but we must not stand passively by as a silent majority. So, let’s speak up and act now to show the world – and our leaders – that we are a country that is proud to be inclusive.

Take the first step now. Sign the pledge below and add your voice to our collective call for real, positive change. 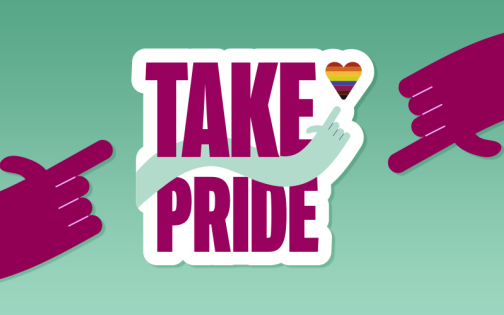 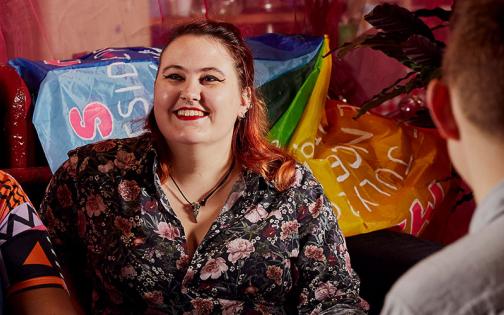