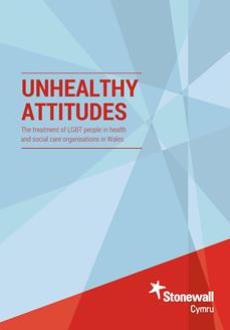 Unhealthy Attitudes (2015) presents findings in Wales from a YouGov survey on behalf of Stonewall of health and social care workers on their experiences of issues relating to lesbian, gay, bi and trans people’s care and employment matters.